How the Expansion of Megacities Will Boost Metal Markets

Urbanization drives metal demand, and megacities are leading the drive.

As developing economies grow, millions of people are moving to cities to pursue opportunities compounded by proximity and availability to resources. Many of these people see their economic circumstances improve, and consumption increases as a result.

The rise of China’s megacities in recent decades embodies this growth of living standards and demand for resources. By 2035, Oxford Economics forecasts that Asian cities as a group will be richer than European and North American cities combined, with six Chinese cities on the list of the 10 richest cities globally: Beijing, Chongqing, Guangzhou, Shanghai, Shenzhen, and Tianjin.

By 2035 these six cities are expected to double their wealth, while global average income per capita is expected to increase by only 37% during the same period.

This infographic, based on research from Swann, takes a look at how the growth of megacities will drive metal demand well into the future.

The Swann Index measures the intensity of use of each metal by looking at global consumption in tonnes between 2014 and 2019, dividing by GDP per capita, and then forecasting demand up until 2035. Here are some key materials and how they are expected to fare:

Aluminum and steel are also expected to see significant growth of 57% and 50%, respectively. Aluminum’s growth will be particularly noticeable due to the market size, with an expected demand of 103.6 million tonnes in 2035.

Copper’s demand growth will largely be pushed by decarbonization and the transition to electrification and automated technology. The metal is expected to see demand increase by 26% to 29.7 million tonnes in 2035.

In comparison, zinc is likely to underperform other base metals, with an estimated increase of only 6%. This modest growth reflects strong competition from aluminum in some end-use markets such as diecast alloys.

Future Megacities on the African Horizon

Though megacity demand for metals is being driven largely by Asian growth in 2020, the focus will likely shift in the coming decades.

Projections of future population growth and the world’s biggest cities all point to Africa as the next leader in growth, and subsequently, demand. Estimates show that 17 of the 20 fastest growing cities from 2020 to 2025 are located in Africa.

By 2100, the world’s three largest cities with populations greater than 70 million are projected to be in Africa, with Nigeria’s Lagos leading the way. In fact, of the world’s 20 largest projected megacities, 13 will be in Africa and zero will be located in China.

For now, Asian and primarily Chinese cities are leading demand for urbanization materials and already putting a strain on some metals. Even though the future megacity landscape might change, the expected continued increase in economic growth and incomes will continue to drive metal demand. 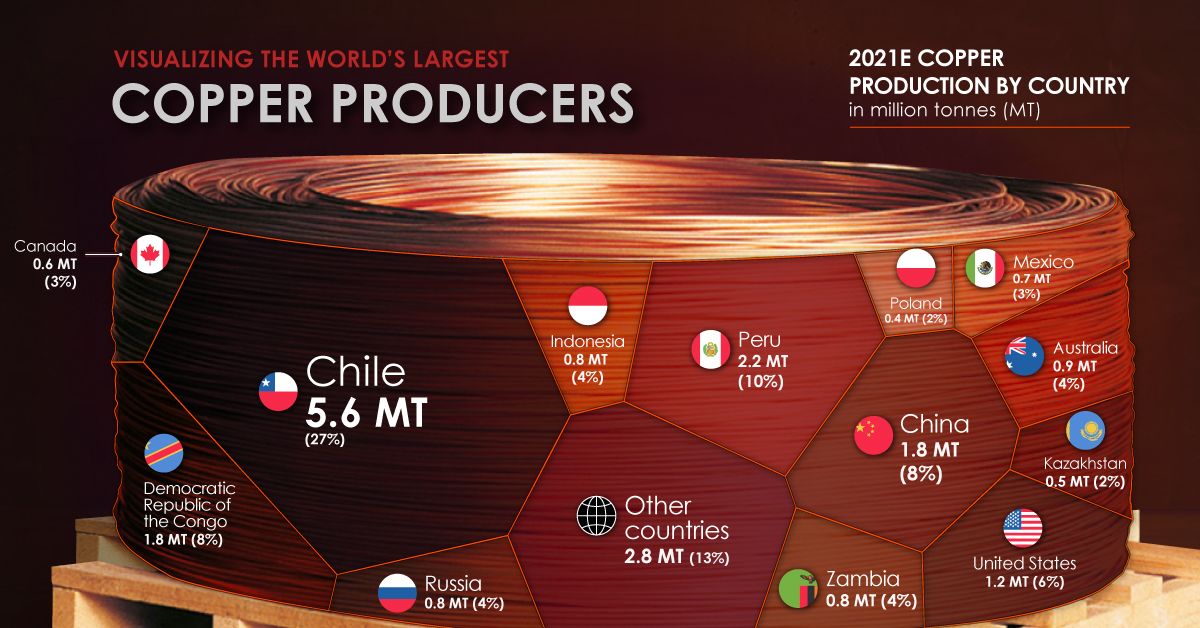