Visualizing the Critical Metals in a Smartphone

In an increasingly connected world, smartphones have become an inseparable part of our lives.

Over 60% of the world’s population owns a mobile phone and smartphone adoption continues to rise in developing countries around the world.

While each brand has its own mix of components, whether it’s a Samsung or an iPhone, most smartphones can carry roughly 80% of the stable elements on the periodic table.

But some of the vital metals to build these devices are considered at risk due to geological scarcity, geopolitical issues, and other factors.

What’s in Your Pocket?

This infographic based on data from the University of Birmingham details all the critical metals that you carry in your pocket with your smartphone.

Screens are made up of multiple layers of glass and plastic, coated with a conductor material called indium which is highly conductive and transparent.

Indium responds when contacted by another electrical conductor, like our fingers.

Smartphones screens display images on a liquid crystal display (LCD). Just like in most TVs and computer monitors, a phone LCD uses an electrical current to adjust the color of each pixel.

Several rare earth elements are used to produce the colors on screen.

The distance between these antenna systems is usually small making it extremely difficult to achieve flawless performance. Capacitors made of the rare, hard, blue-gray metal tantalum are used for filtering and frequency tuning.

Nickel is also used in capacitors and in mobile phone electrical connections. Another silvery metal, gallium, is used in semiconductors.

Nickel is used in the microphone diaphragm (that vibrates in response to sound waves).

Alloys containing rare earths neodymium, praseodymium and gadolinium are used in the magnets contained in the speaker and microphone. Neodymium, terbium and dysprosium are also used in the vibration unit.

There are many materials used to make phone cases, such as plastic, aluminum, carbon fiber, and even gold. Commonly, the cases have nickel to reduce electromagnetic interference (EMI) and magnesium alloys for EMI shielding.

Unless you bought your smartphone a decade ago, your device most likely carries a lithium-ion battery, which is charged and discharged by lithium ions moving between the negative (anode) and positive (cathode) electrodes.

Smartphones will naturally evolve as consumers look for ever-more useful features. Foldable phones, 5G technology with higher download speeds, and extra cameras are just a few of the changes expected.

As technology continues to improve, so will the demand for the metals necessary for the next generation of smartphones.

The Biggest Mining Companies in the World in 2021

Why Copper Is a Critical Mineral

From the electrical grid to EVs, copper is a key building block for the modern economy. 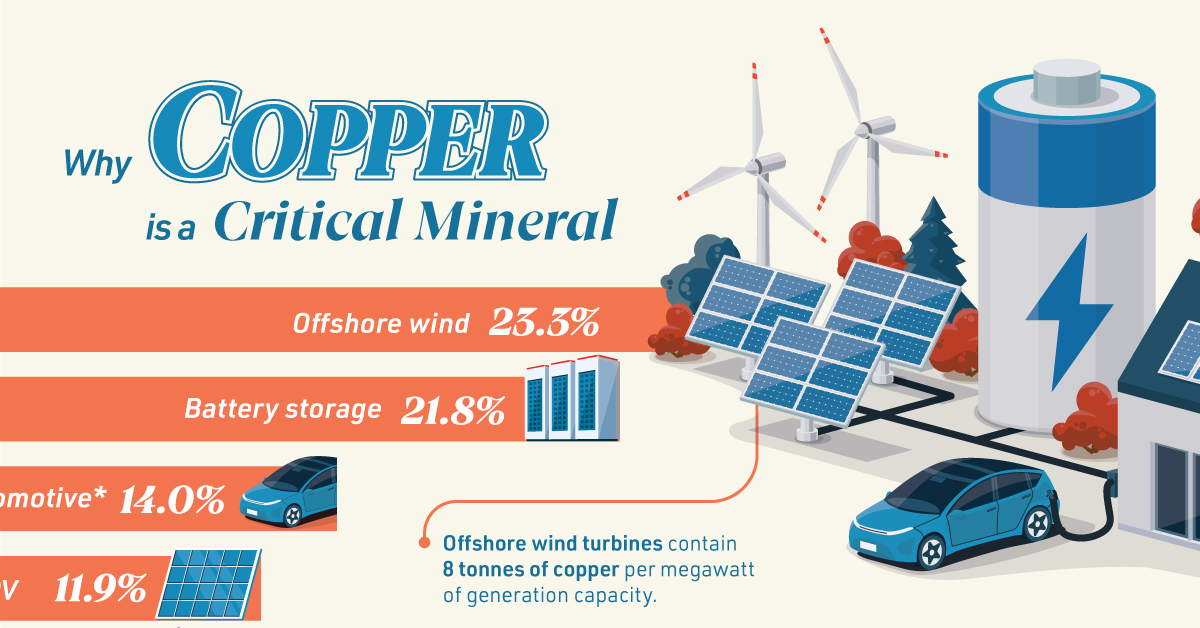 Why Copper is a Critical Mineral

Copper is critical for everything from the electrical grid to electric vehicles and renewable energy technologies.

But despite copper’s indispensable role in the modern economy, it is not on the U.S. Critical Minerals list.

This infographic from the Copper Development Association shows what makes copper critical, and why it should be an officially designated Critical Mineral.

Copper’s Role in the Economy

Besides clean energy technologies, several industries including construction, infrastructure, and defense use copper for its unique properties.

For example, copper is used in pipes and water service lines due to its resistance to corrosion and durable nature. As the Biden Administration plans to replace all of America’s lead water pipes, copper pipes are the best long-term solution.

Copper’s high electrical conductivity makes it the material of choice for electric wires and cables. Therefore, it is an important part of energy technologies like wind farms, solar panels, lithium-ion batteries, and the grid. The demand for copper from these technologies is projected to grow over the next decade:

Furthermore, policies like the Inflation Reduction Act and Bipartisan Infrastructure Law will bolster copper demand through energy and infrastructure investments.

Given its vital role in numerous technologies, why is copper not on the U.S. Critical Minerals list?

The USGS defines a Critical Mineral as having three components, and copper meets each one:

In addition, copper ore grades are falling globally, from an average of 2% in 1900 to 1% in 2000 and a projected 0.5% in 2030, according to BloombergNEF. As grades continue falling, copper mining could become less economical in certain regions, posing a risk to future supply.

Despite not being on the official list, copper is beyond critical. Its inclusion on the official Critical Minerals list will allow for streamlined regulations and faster development of new supply sources.

The Copper Development Association (CDA) brings the value of copper and its alloys to society, to address the challenges of today and tomorrow. Click here to learn more about why copper should be an official critical mineral. 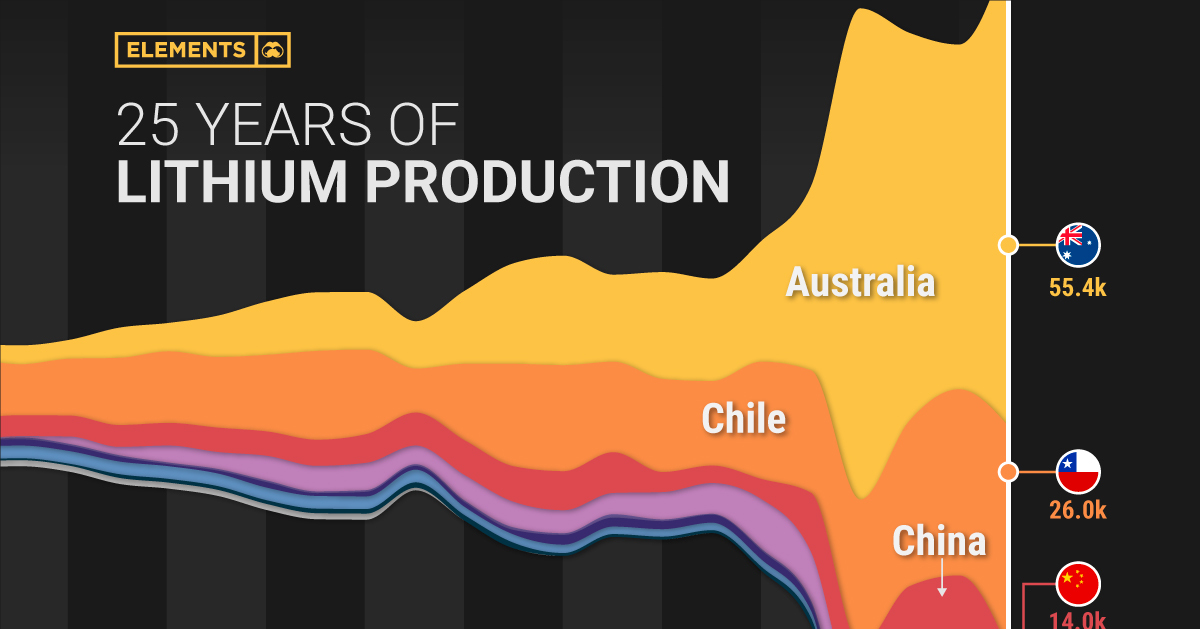